Facelift vs. Fillers: Which is Better?

Facelift vs. Fillers: Which is Better?

With the rise in facelift alternatives for facial rejuvenation, many patients wonder which approach to facial rejuvenation is best. The truth is, either a facelift or fillers (or even both) could be recommended to you based on your needs. Below are some general guidelines that will help you prepare for your consultation with Dr. Mouchantat. He will help you decide which approach is best for you, as he tailors every facelift procedure for each individual to ensure the best results.
END_OF_DOCUMENT_TOKEN_TO_BE_REPLACED 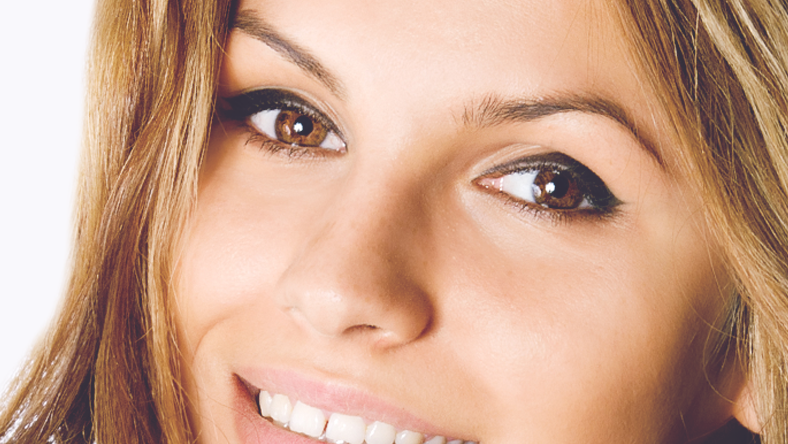 The first place people look when conversing with someone is their face—more specifically, people generally look directly at the eyes during conversations. If you are someone with baggy or droopy eyelids, this not only can have a huge effect on your appearance, but also your self-esteem.
END_OF_DOCUMENT_TOKEN_TO_BE_REPLACED

Revive Your Youthful Look with Blepharoplasty

One of the most common signs of aging is droopy eyelids and this can be exaggerated if you are genetically predisposed to developing sagging or droopy lids. While Botox and skin tightening treatments around the brow area can resolve some of these issues, the results are temporary and may not be able to target excess skin. Blepharoplasty, otherwise known as eyelid surgery, can help you achieve that fresh-faced look by tightening the skin around the eyelids for long-lasting results. We can perform eyelid surgery on the upper, lower, or both areas for dramatic results. END_OF_DOCUMENT_TOKEN_TO_BE_REPLACED Next Page »

Restore Your Youthful Appearance with a Brow Lift

One of the common effects of aging is the loss of elastin and collagen, and excessive loss can lead to drooping or sagging of the skin. If this occurs around the forehead and the delicate eye area, you may experience some drooping of the brows and have very deep furrows between the eyebrows. A brow lift can restore your youthful look by lifting and tightening the muscles around this area to create a refreshed appearance. Dr. Mouchantat may recommend a brow lift in conjunction with other facial rejuvenation procedures to help you achieve that fresh-faced look. END_OF_DOCUMENT_TOKEN_TO_BE_REPLACED Next Page »

Rejuvenate Your Look for the Holidays with Facelift Surgery

Fall is a great time to undergo a cosmetic procedure because you can enjoy results just in time for the holiday season. If you are self-conscious about sagging skin and hollow cheeks that are making you look much older than you are, talk to Dr. Mouchantat about undergoing facelift surgery. A facelift can alter your facial contours dramatically and take up to a decade — or more — off your appearance. We have helped many patients reverse the effects of aging with facelift surgery! END_OF_DOCUMENT_TOKEN_TO_BE_REPLACED Next Page »

How Eyelids Impact Your Look (And What You Can Do About It!)

Even if you’re getting your “beauty sleep” and taking extra care of the delicate skin around your eyes, you may not be seeing the results you want. As time passes, the skin that protects us from the sun and elements begins to naturally lose its elasticity. END_OF_DOCUMENT_TOKEN_TO_BE_REPLACED Next Page »

New Year’s is about fresh starts and new beginnings. Everyone makes plans and resolutions to make sure that these next 365 days are better than their last. However, once the signs of aging begin creeping in, this holiday can feel more like the ticking hands of age than a happy new year. This holiday break, start the New Year off feeling more confident about taking on 2014 with a facelift. END_OF_DOCUMENT_TOKEN_TO_BE_REPLACED Next Page »

It is nearly impossible not to have Marilyn Monroe come to mind when thinking of Hollywood or American pop culture. More often than not, Monroe is associated with things like elegance, femininity and natural beauty. However, it appears that even Marilyn underwent some minor plastic surgery treatments. END_OF_DOCUMENT_TOKEN_TO_BE_REPLACED Next Page »

More Afghans are traveling internationally then every before, and this has had a noticeable effect on the country’s attitude toward plastic surgery. As a result of this increasingly open attitude, both men and women are choosing to have cosmetic surgery in rapidly increasing numbers. As recently reported by ABC News, plastic surgery in this region has undergone a dramatic transformation, turning an industry that once handled only trauma and reconstructive work into one that is more in step with the global trends of cosmetic surgery.

According to Dr. Aminullah Hamkar, a Kabul plastic surgeon, his practice has seen a major change in the last few years, as various influence impact the way people interact. “Ten years ago it was all about repairing scars,” he said. “When I sometimes ask the young people who come here why they want cosmetic operations, they simply say they want to look better and beautiful.” This is a development of both commercial and emotional importance, as many consider such beauty concerns a sign that Afghanistan is entering a time of peace. In addition, this means that fewer patients are seeking cosmetic surgery as a result of war damage or other attacks. Previously, many plastic surgery patients were seeking help for the damage done by acid or knife attacks, as well as many other forms of trauma. Surgeries that have been disproportionately popular in Afghanistan are breast augmentation, face lifts, liposuction and rhinoplasty, also known as a nose job, likely as a result of influence from outside cultures. In Dr. Harnkar’s opinion, “Many people’s perceptions of life and sex change upon their return from a trip to a less conservative place.” Photo by ind{yeah} on Flickr. Next Page »

The highly successful Operation Mend, a joint military/civilian program, has been able to provide more than 50 veterans with free cosmetic surgeries since 2007. The program is been growing in scope and popularity since its beginning. To provide the best care possible, the program uses world-class surgeons who lead their fields in scar treatments, skin treatments, burn reconstruction, body contouring and facial plastic surgery. This allows the veterans to receive levels of care they would be unable to afford otherwise and that would not be covered by standard insurance.

Burn Repair and Cosmetic Surgery for Wounded US Military

According to a recent story in the Dallas News, this program is gaining more public support and donations, with the hope of being able to reach more veterans each year. Originally founded by Ron Katz and his late wife Maddie, Operation Mend has developed beyond the original structure. Successful on a number of levels, the results achieved through the Operation Mend program have given soldiers improved health and self-confidence. The surgeries have included scar repair, burn treatments and reconstruction of facial traumas to the ears, nose and mouth. Other secondary benefits have included improved mental conditions such as depression and post-traumatic stress disorder. One soldier who has benefited from the program is 26-year old Joey Paulk, who says he was very self-conscious of his appearance after nearly burning to death in 2007. In his words: “I wasn’t very happy with the way I looked.” Yet three recent surgeries with Operation Mend have changed all that, greatly improving his self confidence. “It’s helped my friends and family, too,” Paulk says. “Because I’m happy, they’re happy.” With dramatic success stories like this for veterans of both the Afghanistan and Iraq wars, the program has been widely successful, despite the surprisingly high cost of the surgeries. According to Katz, many of the surgeries cost upwards of $500,000. One of the key sponsors for the Operation Mend program, billionaire T. Boone Pickens, has long supported the program, as he says he is committed to helping wounded veterans. In his words, “We want to do our best for these men and women when they come home.” Photo by U.S. Army on Flickr. Next Page »