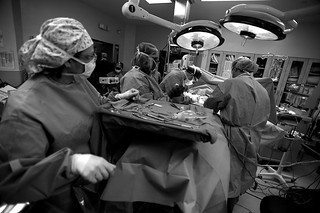 As recently reported widely in the news, Angelina Jolie has chosen to have a double mastectomy to prevent breast cancer. Her chosen reconstruction option was teardrop-shaped breast implants, a popular choice by women getting traditional augmentation as well. According to a recent article by NBC News, this type of breast implant was chosen in order to create a more natural look for the new breasts. The surgery also utilized donor skin to provide support and contour to the implants. This procedure, the last in a series of surgeries, was performed on April 27th.

Jolie’s three breast surgeries were all done through the creases underneath her breasts, in order to minimize the appearance of the incision lines. This is a common incision location for breast augmentation or revision, breast lifts and breast reduction surgeries. Her first surgery was focused on saving her nipples, and was successful. The second surgery was her total mastectomy, in which the breast tissue was removed and tissue expanders were put in place. Though many women choose to have their implants put into place at the same time as the mastectomy, Jolie chose to split the breast implant portion of her treatment into two surgeries for the best cosmetic outcome. After the mastectomy, the tissue expanders were slowly filled with saline to make space for the new breast implants. After adequate space had been created, Jolie’s new breast implants were put into place, with donor skin used to hold the implants in place. This tissue helped create a sling underneath the implant for additional support and the most natural appearance possible. According to Jolie’s surgeon, who visited with her in a house call four days later, “I was pleased to find her not only in good spirits with bountiful energy, but with two walls in her house covered with freshly assembled storyboards for the next project she is directing.” Photo by AirmanMagazine on Flickr. 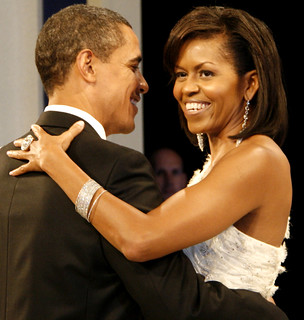 First Lady Michelle Obama has inspired more women to improve their arms than anyone else, according to a recent poll. This poll, which was conducted by the American Society of Plastic Surgeons, was recently discussed in a Los Angeles Times article. The much-talked about arm lift trend, which has caused arm lifts to increase by 4000% in the past decade, has led many to look for possible causes of this trend. The ASPS report states that one cause may be that women “are paying closer attention to the arms of female celebrities.”

While Michelle Obama may have been deeply inspirational to the women of the past few years, the other celebrities listed in the poll likely had a greater impact in the first half of the decade, before the 2008 election. These women include Jennifer Aniston, Demi Moore and Kelly Ripa. Many women are not able to achieve the arms they want through exercise and diet alone. According to Dr. David Reath, who serves as the chair of the ASPS Public Education Committee, “We are genetically programmed to have different accumulations of fat in different areas, and for some women the arms can be a problem area.” These fat areas may often be treated through highly targeted and minimally invasive liposuction procedures. However, when the skin lacks its former elasticity, or there is too much arm tissue present, the excess skin must be surgically removed through a process known as an arm lift, or brachioplasty. In an arm lift, an incision is made between the elbow and the armpit, with the length varying based on the amount of skin being removed. Excess skin and tissue are removed, giving the upper arm a sleeker, more toned appearance, and allowing it to more fully reflect other exercise and muscle-building activity. Other common procedures which target these types of deposits include thigh lifts, tummy tucks and buttocks lifts. Photo by dbking on Flickr.

Getting Your Body Ready for Summer with Four Popular Treatments 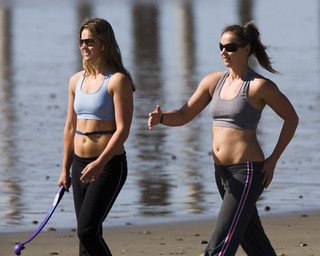 For those hoping to get their bodies back in tip-top shape, here are four pre-summer treatments which are always popular: Photo by mikebaird on Flickr.

Posted on May 7th, 2013 in Wrinkle Treatment 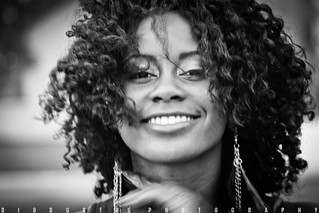 The unique properties of skin with darker pigmentation give it special requirements and risk factors when using dermal fillers, which are best handled by someone with experience in this area. The growth in this demographic has led to increased dermal filler and Botox injections for these men and women as well, according to a recent story in Skin & Allergy News.

According to Dr. Valerie Callender, a dermatologist at Howard University, “Your typical skin of color patient is 45 years old, has some volume loss, some infraorbital hollowing, and is definitely concerned about laugh lines.” Patients with darker skin pigmentation are at an increased risk of forming keloids, a type of scarring that may be caused by injections but is rare in those with lighter skin. Dr. Callender says that, “The No. 1 tip is to minimize the number of injections to minimize the risk of postinflammatory hyperpigmentation. If there is erythema, apply a topical corticosteroid.” One advantage for those with darker pigmentation is that an increased amount of skin pigmentation tends to have a protective benefit against UV aging, helping darker skin to look 10 or even 20 years younger than comparable lighter skin. The unique characteristics of the various types of skin have not been studied conclusively with regards to specific cosmetic treatments such as Botox, dermal fillers and other skin treatments. Dr. Callender noted that more trials are needed in the future to determine short and long-term effects of the many available treatments on patients with darker skin. Photo by DioBurto on Flickr