Liposuction at Size 0: When Being Skinny Doesn’t Equate to Being Trim

Liposuction at Size 0: When Being Skinny Doesn’t Equate to Being Trim 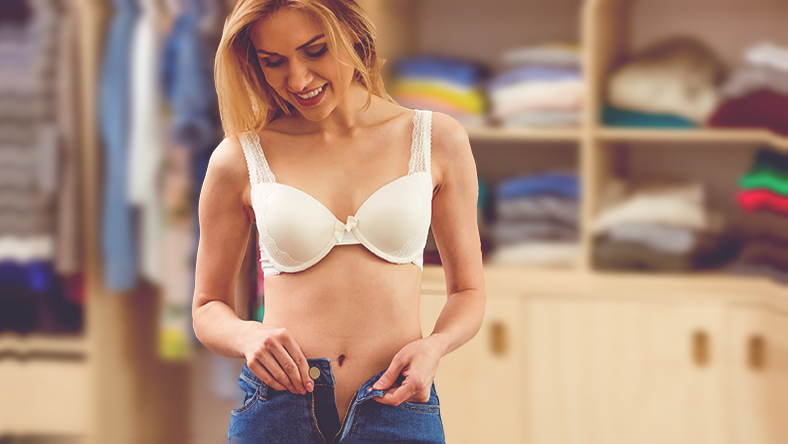 I’m a Size Zero and I Got Liposuction, an article recently published in Harper’s Bazaar, followed the plight of a size zero woman who underwent liposuction. Size zero, you ask—why would someone of that size need liposuction? Although the need for liposuction may seem far-fetched, Megan O’Brien explains that since childhood, she struggled with a protruding stomach. Like her mother before her, Megan could not shake the extra tummy weight. Megan described her skinny, long-legged body and rounded belly as a “spider”.
END_OF_DOCUMENT_TOKEN_TO_BE_REPLACED

Reshape Your Body for Spring with Liposuction

Are you still bothered by a few stubborn inches around your hips, thighs, midsection or arms? It can be frustrating to try and lose body fat from certain areas of the body because some people are simply genetically predisposed to storing more fat in some areas than others. Even if you live a healthy lifestyle and are at a healthy weight, you may be troubled by some extra fatty pockets that are resistant to your fitness efforts. Liposuction is a viable solution for many men and women, and could be just the procedure you need to reshape your body for spring. END_OF_DOCUMENT_TOKEN_TO_BE_REPLACED « Previous Page

Reshape Your Body with Liposuction in Denver, CO

If you are already at a healthy weight, but just can’t seem to lose a few stubborn inches, talk to Dr. Mouchantat about the liposuction procedure. Liposuction is a popular body contouring procedure that can chisel away a few inches to create a sculpted look. It can be very effective for removing unwanted fat from problem areas such as the hips, flanks, abdomen, and upper arms. END_OF_DOCUMENT_TOKEN_TO_BE_REPLACED « Previous Page

Getting your body ready for summer might involve cleaning up your diet and going to the gym more frequently, but sometimes diet and exercise alone isn’t enough to get that lean and sculpted look you want. If you are still trying to work off a few stubborn inches around your waistline, hips, thighs, or arms, consider body contouring surgery to get rid of the problem fat and refine your curves. A mini-makeover with a body sculpting procedure could be just what you need to head to the beach or enjoy that summer getaway with more confidence! END_OF_DOCUMENT_TOKEN_TO_BE_REPLACED « Previous Page

5 FACTS ABOUT YOUR TUMMY THAT MAY SURPRISE YOU

From dieting and crunches to tummy tucks and liposuction, the belly is one of the most focused on parts of the body for both women and men. However, with all the attention that we put into our stomach, it is shocking how little many people know about it. Here are five commonly misinterpreted facts about the tummy. END_OF_DOCUMENT_TOKEN_TO_BE_REPLACED « Previous Page

TUMMY TUCKS & LIPOSUCTION: WHY THE 2 PROCEDURES ARE NOT QUITE THE SAME

Body contouring is extremely popular in the United States and tummy tucks and liposuction are two of the most popular plastic surgeries in this category. Oftentimes, people tend to blur the line separating the two procedures because they are not quite sure what aspect of body contouring each treatment addresses. While they work well together, each has its own definitive job. END_OF_DOCUMENT_TOKEN_TO_BE_REPLACED « Previous Page

A recent development in the plastic surgery world is the use of buttocks lifts via fat injections, which combines liposuction and buttocks augmentation. In addition, these two procedures provide benefits to the figure that help to accent the results of the other procedure. This procedure allows patients to increase the volume and shape of their buttocks without using implants. Using their own fat is a particular advantage for many patients who choose to undergo the procedure.

According to a recent article in the New York Daily News, this procedure has sharply risen in popularity in the last few years. One possible factor may be the ever-changing trends in popular and celebrity culture. Dr. Ashkan Ghavami, an experienced buttock lift surgeon, says that the focus has changed dramatically over recent years. “A lot of people focused more on breasts — for the buttock to be a focus of body shaping is definitely very new. Finally, thanks to Kim Kardashian, Jennifer Lopez and all the media, now we are realizing this a much more natural way than butt implants.” This method is considered to be more natural than buttocks implants because the material being used comes from the patient’s own body. First, liposuction is used in trouble spots to remove the necessary amount of fat. This fat is processed and purified, and then injected back into the buttocks using a specialized technique. “When I’m injecting into the buttock, we do what’s called the fanning technique,” says Dr. Ghavami, “It actually improves cellulite, because it fills the skin underneath.” This procedure is often performed by itself, but it can also be added onto other procedures, such as standard liposuction or other forms of liposuction, body lifts and thigh lifts. Best results are achieved by following all instructions and maintaining a healthy diet and lifestyle. Photo by …love Maegan on Flickr. « Previous Page

Exercise May Prevent New Fat From Forming After Liposuction

A recent study by researchers from the University of São Paulo has revealed that exercise after liposuction surgery may do more than simply maintain the results of the procedure. According to the study results, which were published in The Journal of Clinical Endocrinology & Metabolism, a lack of exercise after recovering from liposuction can cause an increase in harmful visceral fat. The Brazilian researchers, who wanted to learn about the health benefits of exercise after liposuction surgery, followed 36 women in the months after they received the liposuction to remove abdominal fat. The women all admitted to not having engaged in regular exercise before the surgery. Two months after their liposuction surgery, half of the women were asked to begin a regular exercise routine, working out three times per week. Four months after the surgeries, the researchers found that all of the study participants still had flatter bellies. However, the women who had not exercised experienced an increase in visceral fat, which did not develop in the group that had exercised.

What is visceral fat?

These are fatty deposits that surround the internal organs, especially the liver. They lie deep within the abdominal cavity and can often go undetected; unlike subcutaneous fat, they cannot be pinched. Visceral fat has been linked to a number of health issues, including: The researchers concluded that “if one should choose to undergo liposuction, it is very important [to] exercise after surgery.” Of course, preventing an increase in visceral fat is only one among many benefits of regular exercise It’s commonly believed that liposuction is a miracle weight-loss strategy, but this couldn’t be further from the truth, as this and other studies attest. Liposuction is a surgical procedure designed to remove fatty deposits in places that have not responded to diet and exercise. Although often used for body contouring after major weight loss, it is no substitute for a healthy lifestyle. « Previous Page

The belief that liposuction can help to reduce the risk of obesity-related health problems is a widespread misconception. In fact, liposuction cannot reduce the risk of high blood pressure, high cholesterol, and similar conditions. Liposuction is a cosmetic procedure that can remove persistent fatty deposits that have not responded to proper diet or exercise. This myth was recently highlighted in a recent post on the ASAPS website.

People have two types of fat: the time that lies just beneath the skin, and the time that lies deeper within the body. The former is the type of fat that is targeted through liposuction, while the latter presents the greatest obesity-related health risks. Subcutaneous fat. Located beneath the skin in parts of the body such as the abdomen, thighs, and hips, subcutaneous fat is the tissue that is targeted through liposuction. It’s easy to identify by appearance. Visceral fat. Located deeper within your abdomen, visceral fat lies close to your internal organs, such as the liver, heart, and lungs. It’s almost impossible to identify by appearance. According to a study published in the New England Journal of Medicine in 2004, female patients who underwent liposuction experienced no positive changes in their cholesterol levels, blood sugar, or blood pressure. However, another study indicated that some liposuction patients experienced a reduction in triglycerides and white blood cells, which are both indicators of heart disease and other health problems. As a result, while the possible health benefits of liposuction are still being investigated, you should not count on liposuction as a substitute for healthy diet or exercise. If you’re considering liposuction, or other types of body contouring surgeries, you should make sure that you have attained a stable, healthy body weight. This can help to ensure that your results will last for many years. « Previous Page